What We’ve Got Here Is … Failure to Communicate 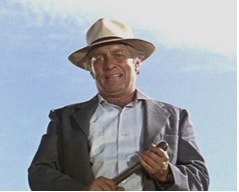 From the classic Paul Newman movie, Cool Hand Luke, as the Captain administers Luke’s punishment in the prison yard for yet another escape attempt:

Captain: You gonna get used to wearing those chains after a while, Luke. Don’t you never stop listening to them clinking, ‘cause they gonna remind you what I been saying for your own good.

Luke: I wish you’d stop being so good to me, Cap’n.

Captain: Don’t you ever talk that way to me. NEVER! NEVER! [Captain hits Luke, who rolls down the hill to the other prisoners] What we’ve got here is … failure to communicate. Some men you just can’t reach. So you get what we had here last week, which is the way he wants it. Well, he gets it. I don’t like it any more than you men.

In environments like prisons (and capital markets!), behavioral decisions based on private information (“I saw Luke beaten down for breaking the rules. If I break the rules I might get beaten, too.”) are almost always weaker than behavioral decisions based on Common Knowledge (“Everyone knows that if you break the rules like Luke you will be beaten down. Why would I even think about breaking the rules?”). The latter is a more stable equilibrium because, in effect, the prisoners themselves end up enforcing the warden’s rules. Even if you privately believe that you and your fellow prisoners could make a break for it, so long as you believe that “everyone knows” that you will be punished for breaking the rules, then you do not believe that you will receive any support from your fellow prisoners. It is irrational to even raise the subject with your fellow prisoners, as you will mark yourself as someone who is either too stupid or too dangerous not to recognize what everyone else knows that everyone else knows. And because everyone is making a similar calculation, no one ever makes an escape attempt and the Common Knowledge grows stronger over time, as does the no-escaping behavioral equilibrium. This is why the Captain goes to such lengths not just to punish Luke for his escape attempts, but to break Luke, and not just to break Luke, but to break Luke as publicly as possible.

Because of the Common Knowledge game, there is enormous power in making a Public Spectacle out of information, which is why coronations and executions alike have traditionally been carried out in front of large crowds. This lesson in behavioral influence – the crowd doesn’t just need to see the event, the crowd needs to see the crowd seeing the event – is why so many of our modern social institutions – from political campaigns to American Idol – are staged in front of live audiences. When you sit in front of your TV set and watch, say, a national political convention, you are infinitely more engaged with the event when you see a crowd than when you don’t. You can’t help yourself. It doesn’t even matter if the live audience is faked and we know that the audience is faked … have you ever listened to a sitcom without a laugh track? It’s just not as funny. The fact is that humans are social animals. We are hard-wired to look for and respond to Common Knowledge, and smart people – from political leaders to religious leaders to business leaders – have taken advantage of this for thousands of years.

So with that as introduction … ladies and gentlemen, I give you Jobs Friday™, brought to you by your friends at CNBC and Bloomberg and CNN and MSNBC and Fox and the WSJ and the FT and the NYT and every other financial media outlet.

There is an enormous difference between an unemployment number released in the context of Jobs Friday™ versus that same number released in the absence of Public Spectacle. The employment data today is imbued with so much more Meaning than it was even a few years ago … far too much Meaning … more than the numbers themselves can bear. And all of us, including the media creators of Jobs Friday™, know this to be true.

We play the Common Knowledge game around the monthly jobs number, even though none of us believe privately that the numbers from month to month are very important. In fact, it would be irrational not to play the Common Knowledge game under the circumstances of Jobs Friday™. The jobs report, as mediated and narrated by talking heads through public statements, moves the market a lot. That’s an incontrovertible fact. So burying your head in the sand and refusing to play the game is not really an option for most active investment managers.

But apart from the frustration of investors ill-prepared to play a game that they are forced to play, here’s the bigger problem. While one monthly jobs number versus another may not make any difference in shifting Fed policy, the game-playing around the jobs numbers certainly does. The Fed’s communication policy is fundamentally flawed because it does not take into account game theory. This is a huge problem for the Fed, and as a result, it’s a huge problem for the stability of global capital markets.

The Narrative around US labor conditions is formed almost exclusively around two numbers: the unemployment rate and the month-over-month change in non-farm payrolls. Both of these numbers are social constructions, which at first blush may sound weird. These numbers are based on actual counting of actual people. There may be mistakes made in the counting, but in what sense are they “constructed”? They are constructions because the government’s choice of what people to count and how to define employment is only one choice among many as to how to represent this social phenomenon. They are constructions because the choice of which systematic mistakes in the collection of labor data are adjusted for and which are not is enough to make a difference in the construction and perception of the US labor Narrative. I’ve written in the past about the ways in which the construction of the weekly unemployment claims number has been molded to support a particular Narrative (“10-29-12 Jack Welch Was Right”), so you can take a look at that piece if you’re interested, but that’s not what I want to explore today.

The point today is that the limitation of the US labor Narrative to the unemployment rate and the non-farm payroll number – a limitation that is encouraged, promulgated, and reinforced by the mediators of Jobs Friday™ and creates the informational structure of market game-playing around labor announcements – undermines the Fed’s market communications in a predictable and significant manner. Here’s the crux of the problem: the numbers that go into the labor Narrative are good, but the broader labor numbers that the Fed looks at aren’t so good. Unfortunately, the Fed has explicitly communicated their QE policy in terms of the Narrative, not the broader conditions, which means that Fed communications are increasingly at odds with Fed intentions.

This is not some fringe view; nor is it original to me (which is often, but not always, a fringe view). This is the view of the Chicago Fed. Here’s the link to the paper: (“Chicago Fed Letter, July 2013″). It’s an important piece of work and you should read it. I would only add that I think the authors are too conservative in their views of how quickly the unemployment rate will fall, because in addition to structural change in trend employment growth we are impacted by three policy-driven changes in measurements of unemployment: elimination of unemployment benefits after 99 weeks (moving more people from the unemployed category to the no-longer-looking-for-work category), expansion of student loans (full-time students do not count as unemployed), and hiring at shorter work-weeks to avoid Federal health insurance mandates (so hiring more people to do the same amount of aggregate work).

Even a cursory look at the unemployment rate over the past five years shows an unmistakable trend downwards. I’ve marked the open-ended QE decision with a green line just to show how immaterial this Fed policy is to the unemployment rate trend, even though its scope and its very existence are tied directly to the unemployment rate. In some future note I’ll discuss the concept of linkage from a game theoretic perspective, particularly the strategy of linking things that aren’t really meant to be linked together. For now let me just say that this is a very, very risky thing to do.